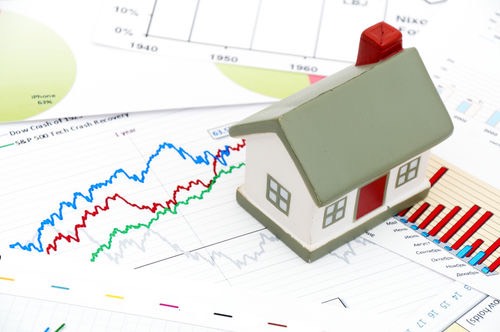 Post the topsy-turvy situation of the real estate market  for the past few years, 2018 has experienced a stable comeback in the residential sector. There has been a rise in residential launches across the metropolitan cities in the country. The booming economy and escalating GDP create a prosperous environment for the real estate industry. As per the half-yearly report by Knight Frank India, residential sales in 2018 grew by 6%. The real estate sector in India has had its coarse phase for 2016 and 2017, with demonetization, Real Estate Act & Goods and Services Tax bringing in one change after the other. But in 2018 many positive boosts have taken place to an unprecedented level in the real estate market. An analysis of the major cities of the country by the experts holds the view that the real estate segment has embarked on a fast track journey of improvement since the last year.

The total number of residential unit sales across the country was evaluated to be close to 242,328 in the last year. The expert analysis comprises of the high demand of the residential market across eight cities and office market across seven cities for the timeline ranging from July to December 2018. They found the year to be historically the best performing year for the commercial market with a total leasing space across the 8 cities crossing 46.8 million square feet. The residential market saw a boost in sales recorded at 182,207 units registering a 6% upliftment over the entire year of 2017. “The residential market in 2018 recorded a recovery after 7 years, which has been led by the affordable segment”, said Shishir Baijal, CMD, Knight Frank India, adding that “focus is expected to continue in the affordable segment”.

As inferred by experts due to the stronger sales traction in Noida and Gurgaon, the new trend of the luxurious property is in demand. ‘Sohna’ in Gurgaon, has emerged as a favorable commercial and professional destination, due to its proximity to various corporate offices and industrial clusters. Nearly 50% of this new real estate activity catered to the affordable housing segment (less than Rs 40 lakhs), followed by mid-level housing (Rs 40-80 lakhs) and luxurious property (Rs 80 lakhs-1.5 crores) segments. The managing director of SARE Homes rightly pointed out that Gurugram is considered to be one of the fastest emerging realty destinations in the National Capital Region, for both commercial and residential properties .

Coming back to the Knight Frank’s report, due to reasons like economic stability and job expansion and securities, NCR witnessed sales improvement by 8% with 40,643 residential units sold followed by Pune(33,521 units) and Ahmedabad (16,188units) in 2018. The Bengaluru market saw the maximum YoY sales growth by 27%, while Pune and Kolkata saw a decline in sales of 1% and 10% respectively as compared to that of 2017. The total unsold inventory levels have also reduced across the market at the end of 2018. It was estimated to be total 468,372 units which were lesser by 11% since the end of 2017 and close to 30 % lower as compared to that of 2016.

In Mumbai, the new residential launch market saw the highest YoY growth of 220%, while Pune recorded nearly a 157% increase followed by NCR of 35% and Bengaluru of 22%. During 2018, most cities recorded moderate growth in the real estate market prices. While Mumbai prices fell by 7%, Hyderabad prices grew by 7% YoY. At the same time, Pune (-3%), Kolkata (-4%) and Chennai (-3%) recorded a moderate amendment in prices. There was a marginal price increase in the NCR and Bengaluru (+2%) followed by Ahmedabad (+1%) during the same period.

Let’s take a deep dive into the real estate market report of the other cities being covered:

In Mumbai, the sales of the residential units jumped up to 3% as compared to that of 2017. A full-fledged RERA Mumbai coupled with the reprieve from dumping ground ban in Mumbai facilitated the growth in new launches coupled with a huge price fall.

The good news is that Bengaluru has been among the highest new residential unit launchers in 2018 with 11,830 new units. The weighted average real estate prices in the city have been raised by 2% in 2018 YoY, but homebuyers still continued with reasons to cheer. The upshot continued as Bengaluru saw the highest annual increase in sales by 27% YoY in 2018.

The city of the erstwhile Nizams may have bucked the trend of vaulting home prices that actually moved up to 7%. Despite the prices being at their zenithal point, Hyderabad witnessed an annual increase in sales by 9% YoY in 2018.

In an attempt to drive some amount of sales in a market that has been struggling to adjust with GST, many developers in the city introduced discounts during the June-August period of 2017. With the new West Bengal, Housing Industry Regulation Bill set up, Bengal witnessed a revitalization of the residential segment by 10% decline in sales in the full year 2018 that reached 25% in 2017.

The report sums up predicting that future investment in real estate investment is generally considered stable. Luxury properties tend to have steeper ups as compared to that of other properties. When somebody chooses for a luxury property investment it doesn’t over-leverage themselves on the flip side one can hold on to the luxury for the long-haul, riding out any volatility. And after Demonetization, property prices have also fallen down giving an opportunity to grab luxurious property under attractive prices.

2019 is expected to be a significant year for the real estate market. Luxury housing will be in focus, with the increase in purchasing power, the real estate market will see a trend of more millennials looking to invest in luxury housing. A large population of India will be turning 30, while there will be a considerable number of Boomers and GenXers also looking to invest in luxury housing, the demand for homes will increase manifold. With more developers entering the market, it can be for seen that the supply will outpace demand in the luxury housing sector. According to market watchers, 2019 will be a fruitful year for buyers and developers!